Improvements to the High Street

The aim of the project is to make the High Street a nicer place to be, which will also benefit the local shops and businesses. It will enable the space to be used for events and make it difficult for vehicles to misuse the area.

So far almost £1 million has been invested in this area of the High Street, funded by Cheltenham Borough Council, Gloucestershire County Council and the European Regional Development Fund.

Support for the project has been provided by a number of partners including the county council, Cheltenham BID (Business Improvement District) and Cheltenham Development Taskforce.

The improvements are part of a bigger package of enhancements to the town centre which has already seen benefits to the Lower High Street with the creation of pocket parks, cycle stands and the removal of railings after consultation with local businesses and residents. This is in addition to local transport improvements through the delivery of the Cheltenham Transport Plan.

Work is now complete on the first phase of improvements to the High Street from Rodney Road to Cambray Place. Shoppers and visitors can now enjoy the new paving and seating, and new planters bring greenery to the heart of the high street. These planters are the first instalment of the Habitat Cheltenham project and have been filled with a variety of pollinator-friendly shrubs, perennials and four semi-mature Bird Cherry (Prunus padus watereri) trees.

Future phases will include work elsewhere on the High Street once funding is agreed. 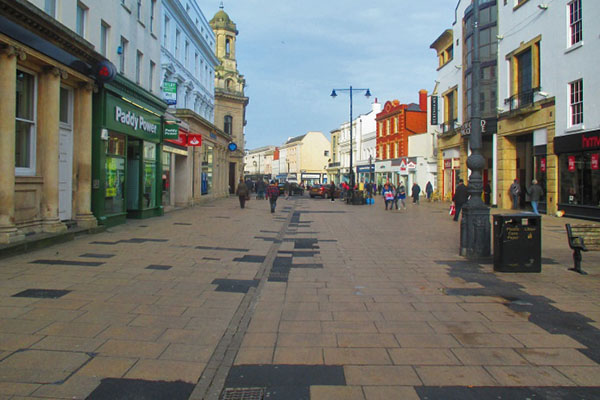 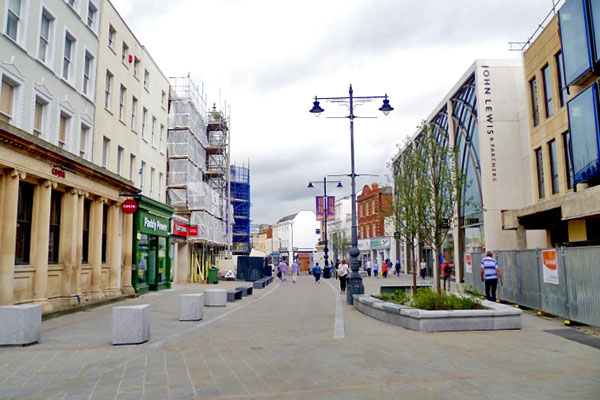 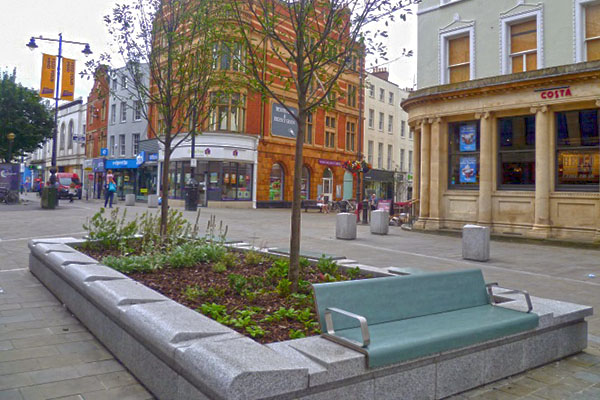