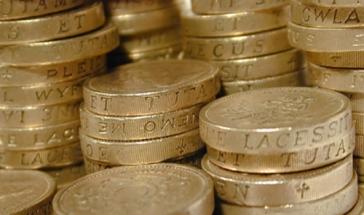 Cheltenham Borough Council’s cabinet is proposing to freeze its share of council tax and its car park charges for the fifth year running.

These proposals are set out in the draft budget for 2015/16 which the cabinet will be asked to agree at a meeting on 16 December.

The draft budget will then go out for a five week public consultation before the final version is agreed by the cabinet and Council on 13 February.

Key features of the budget include:

“This is a businesslike budget designed to keep costs down while protecting front-line services. I am delighted that, by finding £652,000 of efficiency savings, we have been able to freeze council tax and car park charges for the fifth year running.

“This result has been possible because of the work we have done to restructure our services and cut overheads. The shared services we have developed with neighbouring councils have been crucial in this.

“It has also helped that the Government’s squeeze on local government finance has eased off somewhat. We expect to be losing another £835,000 of Government grant next year. However, we are also benefitting from being able to keep a proportion of the business rates we collect for the Government, at a time when Cheltenham’s local economy is relatively buoyant.”

“There are also a number of very positive features in this budget which show we have a heart as well as a head. We will be allocating £50,000 towards our Community Pride Fund, which has supported a large number of excellent community and environmental projects over the years. We will be extending our contract with Cheltenham Housing Aid Centre to deliver outreach and support for street homeless people and others with serious and difficult housing needs. We will also be freezing the charge for our Lifeline alarm service for vulnerable people.

The detailed budget proposals will be available on the Council’s website from 17 December and local residents, businesses and organisations have until 26 January 2015 to make their comments. The final version of the budget will then go to the full Council for approval on 13 February 2014.