Two chapel plan to go ahead 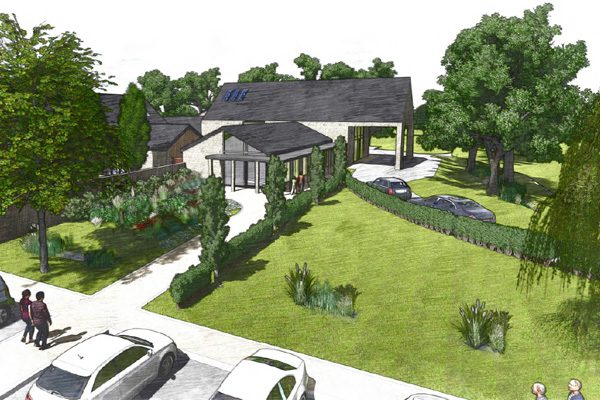 Plans for a second new chapel as part of the project to build a new crematorium at the cemetery on Bouncers Lane were approved by cabinet this week.

Cabinet member for clean and green environment, Councillor Chris Coleman said: "I am very pleased that we are going to be able to proceed with our plans to build two new chapels as part of the new crematorium project.

"The new facility will provide a vastly improved service for local people. From the new car park and dedicated comfortable waiting rooms, to the new chapels and floral tribute areas, I feel certain that people will quickly embrace the new crematorium as an important facility of our town.

"We have worked hard to keep residents and service users informed of our plans. I am delighted that we are now able to proceed with the proposals, which have consistently received significant public support."

Cabinet members also agreed that there should be a permanent exit route from the new facility to the south of the cemetery, emerging on to Bouncer’s Lane. Additional parking also forms part of the plans and a new and complementary use for the existing chapels, which are both Grade II listed, will be considered later.

At the cabinet meeting, Cllr Chris Coleman once again spoke to reassure people that the existing listed chapels will not be demolished.

Chris said: "The existing chapels are a significant part of the cemetery and many local people will have important memories associated with them. There is no plan to demolish the buildings as some have suggested. I remain absolutely committed to ensuring that these important and beautiful listed buildings will remain central to the cemetery and crematorium."

A planning application will now be prepared and submitted. Provided that a full meeting of the council approves the funding package for the new plans later this month and that planning permission is secured, it is anticipated that building work will start in the autumn. It is expected that the new crematorium will be opened in spring 2019.

The consultation documents and relevant council reports remain available to view at www.cheltenham.gov.uk and the council will continue to keep residents up to date with developments.

The project is being paid for by a combination of: capital receipts (for example the sale of cemetery lodge); prudential borrowing; and fee increases which will bring Cheltenham’s charges broadly in line with those of neighbouring authorities (with no impact on council tax).