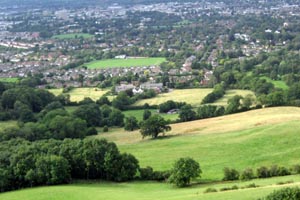 As a result of the full council meeting on Monday 11 December 2017, the council has agreed the Cheltenham’s pre-submission local plan for public consultation.

This is the start of the formal process which will lead to a public examination later in 2018.

The community and stakeholders have been engaged throughout all stages in the preparation of the Cheltenham Plan. The plan which has emerged reflects their aspirations wherever possible, whilst also working to the requirements set by national legislation and guidance as well as the context of the Joint Core Strategy (JCS).

Tracey Crews, director of planning for Cheltenham Borough Council, says: “We have now reached a key stage in the preparation of the Cheltenham Plan. Together with the JCS, this plan will set the blueprint for development up to 2031, creating opportunities for growth but also protecting the area’s importance and what makes Cheltenham special.”

Cllr Andrew McKinlay, cabinet member for development and safety said: “Consultation on the plan will start in January and runs for eight weeks. I would encourage residents and businesses to give us their comments. I would like to thank those who have already engaged with us – your views are valuable in understanding what is important for Cheltenham.”

Notes to editors: All local authorities are under a statutory obligation to prepare a development plan. Cheltenham Borough Council has chosen to do this through the preparation of two development plan documents; the Gloucester, Cheltenham and Tewkesbury Joint Core Strategy (JCS) and the Cheltenham Plan. Together the two plans will provide the planning framework for the borough until 2031 along with Gloucestershire minerals and waste plans and any neighbourhood plans made.