Honorary titles of freeman and alderman 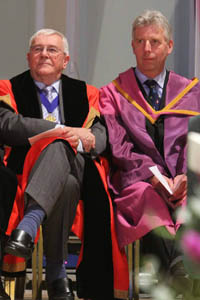 The council can bestow honorary titles in recognition of distinguished contribution to civic life.

The council has conferred the title of honorary alderman upon past members of the council in recognition of their services to Cheltenham and the borough council.

From time to time the borough council may decide to bestow honorary freedom on an eminent individual or group. The honorary freedom is then conferred by the mayor at a special ceremony. Whilst it is the highest honour that the borough can give there are no particular entitlements attached to it and the honour cannot be passed on.