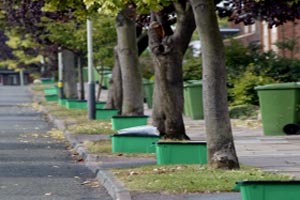 
Gloucestershire’s Joint Waste Committee (JWC) is made up of two elected members per partner local authority. It is a body with delegated powers to make decisions concerning the recycling, waste collection and street cleansing services for the four district and borough councils and to deliver waste treatment and disposal for the countycouncil.

The committee is a formally constituted body under a signed contract known as the Inter Authority Agreement. The committee has a business plan which sets out its priorities and proposed actions each year. Once the plan has been agreed by the partners the JWC can implement the actions on their behalf.