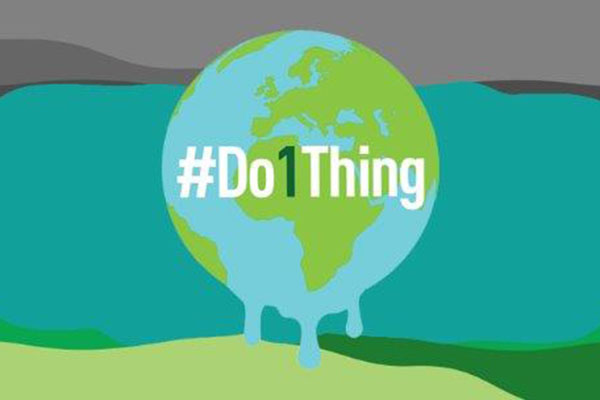 Climate change - Together we can make a difference

Climate change is a critical issue facing us all. The enormity of the situation can seem overwhelming at times but we believe a collective effort of small steps can make a massive difference.

Climate crisis is everybody’s issue, which is why we are asking everybody to #Do1Thing to help solve the biggest threat posed by global warming.

Sea levels are rising, glaciers have shrunk, trees are flowering sooner and we are experiencing longer more intense heat waves, the threat posed by climate change in becoming greater each day – but each of us has a role to play in helping to protect the planet for the future.

On 9 July 2019 Cheltenham Borough Council declared a climate emergency and committed to working to become carbon neutral by 2030.

We want to ask you to make one small change today that collectively will protect Cheltenham, Gloucestershire, and around the world for future generations.

This can be as simple as using an online calculator to find out what your carbon footprint.

50 things to do to reduce your carbon footprint

Pick one thing from our list, or pick several, but please commit to changing today, so that we can all do our bit to slow down the climate crisis.