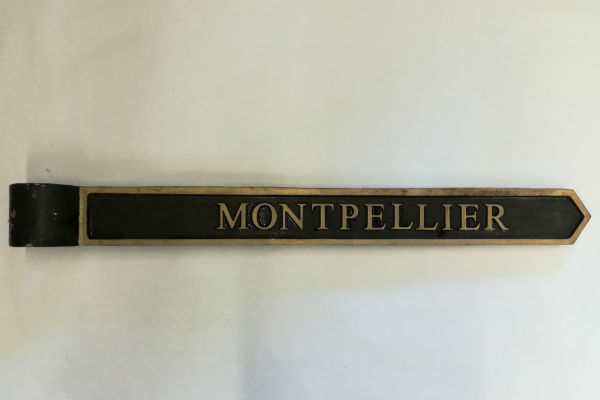 After directing tourists and locals through the town centre for many years, Cheltenham’s traditional pedestrian signs, which have been in storage since the new ‘wayfinding’ finger post signage was put up in 2018, will now be auctioned off to raise money for the mayor’s charities.

The council will be accepting bids for the 24 signs in the form of a ‘blind’ auction. Bids can be submitted for the signs from 9am on Monday 8 April, with the deadline at close of business on Monday 22 April.

The mayor’s charities, The Pied Piper Appeal and the Cheltenham Animal Shelter will both benefit as the auction is expected to see interest from locals and businesses wanting a piece of Cheltenham’s history.

Jennie Ingram, PA to the mayor, says: “This is a great opportunity to buy a great piece of Cheltenham’s history as well as supporting two wonderful local charities.

“When the pigeon finials were auctioned in 2014, we raised almost £2k and we hope to raise even more with these fantastic signposts. I’m sure that there will be plenty of interest - happy bidding!”

Please visit the webpage cheltenham.gov.uk/signage-auction  to view the signs on offer.

Since 2014, the traditional wayfinding signage around Cheltenham has gradually been updated with contemporary and more legible signposts. Some contain simple maps and graphics to help give clearer direction to those unfamiliar with the town, and also show bus routes and walking durations.

Eleven pigeon finials were auctioned in 2014 and raised £1,895 for the mayor’s charities at the time.