Designated by Cheltenham Borough Council on 21 May 2001, the area covers around 26 hectares. 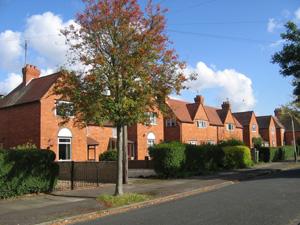 The Poets comprises a carefully planned and laid-out residential suburb, which was built in the years immediately after the First World War. Houses are set in well spaced plots which create a unifying rhythm along the street. Roads are often tree-lined with the trees forming a distinctive visual characteristic of the area. The overall form and layout of the development is based upon 'garden city' principles. 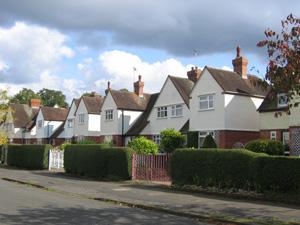 There is a strong influence of the Arts and Crafts movement to be found in the architecture of the houses, including features such as gables, hipped roofs, sweeping cat-slide rooflines and steeply pitched clay tile roofs with chimney stacks.

The road junctions within the conservation area are defined by the planned and formal arrangement of houses around them. The junctions also create an interesting visual symmetry as houses on opposite sides of the road to one another are often identical.

A supplementary planning document (SPD) has been produced for the Poets (St Mark's) conservation area. It was adopted by council on 29 June 2009. The SPD outlines the special character that warrants its designation as a conservation area and a management plan provides a framework for future development control and enhancement of this area. The SPD will be used as a material consideration in determining planning and related applications. It replaces supplementary planning guidance produced in 2003.

View a map of The Poets (St Mark's) conservation area.