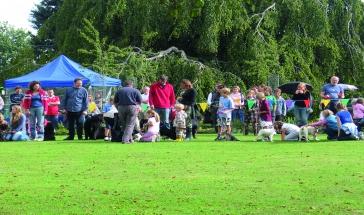 In 1994 following concern about the declining state of the gardens the Friends of Naunton Park Committee was formed. This committee is a prime example of what can be achieved when a community and local authority work in partnership to reach the same goals.

In 2004, the Friends of Naunton Park were awarded a grant from the Living Spaces fund to redesign the garden. A landscape architect was appointed to draw up ideas and the rose gardens were replanted over the Winter.
Many trees, and thousands of daffodils, were planted on the playing fields providing a fabulous display in the spring!

The Friends host successful Summer and Autumn Fairs in the park each year which attract hundreds of local residents for an afternoon of music and fun.

More can be read about the Friends of Naunton Park.