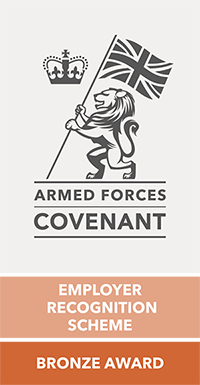 Cheltenham signed up to the Gloucestershire Armed Forces Community Covenant in 2012.

The Armed Forces Community Covenant complements, at a local level, the armed forces covenant, which outlines the moral obligation between the nation, the government and the armed forces. The aim of the community covenant is to encourage local communities to support the service community in their area and promote understanding and awareness among the public of issues affecting the armed forces community. The covenant aims to:

See the appendix with commitments from each partner.

In November 2020, Cheltenham Borough Council was proud to be awarded the Bronze Award in the defence employer recognition scheme.  This means that as a council, we pledge to support defence and the armed forces community, including existing or prospective employees who are members of the community.  We are open to and welcome reservists, veterans, cadet instructors and military spouses and partners as employees.