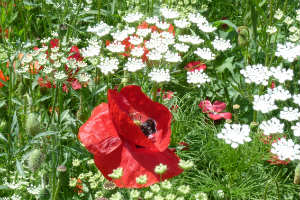 To mark 100 years since one of the biggest conflicts in history, Cheltenham Borough Council is participating in some small commemorative projects.

Our new website was launched on 4 August 2014. There you will find local stories submitted by members of the public, news on other WW1 projects, research materials and upcoming events.

As part of the centenary of the first world war, the war memorial on the Promenade will be going through two phases of restoration. Phase One was completed in September 2014 and Phase Two will be completed by November 2018.

This work should ensure the preservation of the memorial for another 100 years.

Cheltenham will recieve three commemorative paving stones from the Department of Communities and Local Government. These will pay tribute to three Cheltenham men who were awarded the highest military honour for conduct during the First World War. The stones will be unveiled 100 years from the action for which they were awarded.

If you are a relative of any of these men, and would like to be involved, please contact us.

War memorials in Cheltenham and our twin towns

Cheltenham Twinning Association has put together a video of war memorials, with help from Cheltenham Camera Club. This was part of the twinning delegation visits in 2014. There are also plans to take the World War One Museum, run by a Cheltenham resident, on a visit to Gottingen.

In 2014, urban meadows were created with wild flowers and poppy mixes, in various sites around the borough. These will be repeated in 2015.

Gloucestershire Remembers World War One is a year long project to commemorate the centenary of the beginning of the First World War. The project is funded by the Heritage Lottery Fund and led by the Everyman Theatre in partnership with Gloucestershire Archives, Cheltenham Art Gallery & Museum, The Soldiers of Gloucestershire Museum and The History Press. The events programme starts in July 2014 and includes a new play based on an unpublished manuscript by Gloucestershire war poet, FW Harvey.