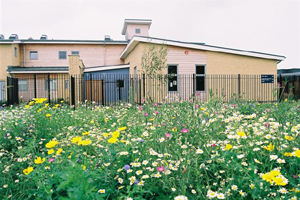 Springfields Park is a well used resource for the local community.

Springbank Community Resource Centre use the park when they hold organised events.

Play Gloucestershire play rangers visit the park regularly on a Wednesday between 4pm and 6pm (term time) and 10am-4pm (during school holidays).

A group of local people carry out a litter pick at 10am on the first Saturday of each month. To become involved in the litter pick please contact: cllr.suzanne.williams@cheltenham.gov.uk for further information.

Opal held an event in Springfield to carry out bug surveys. Children from the local primary schools Hester's Way and Springbank Primary Academy spent 2 hours exploring the site to identify the insects that can be found in the park. The findings were added to the completed survey which has allowed the Opal scientists to form an in-depth database of the surveys.

In 2009 the local community took part in the BBC Breathing Spaces Tree O'clock record breaking attempt to plant the total of 1 million tree across the UK in one hour.