What happens to textiles collected in Cheltenham

Textiles are picked up by our partner Ubico from the kerbside in Cheltenham, and various charity’s will pick up from bring sites. The charities are: Salvation Army, Oxfam, Greenworld Recycling, Bag It Up and Soex. Of these charity’s the majority of textiles collected is recycled and reused by the Salvation Army.

What does the Salvation Army do with your textiles?

The Salvation Army who collect the bulk of the textiles in Cheltenham will send the clothes they pick up to Kettering, where it will be sorted ready for reuse in over 200 shops in the UK. Anything that cannot be reused or recycled in the UK will be shipped overseas.

The Salvation Army have said: "Salvation Army Trading Company operates more than 7,000 clothing banks and over 230 charity shops around the country while also working with schools and commercial partners to dispose of any excess stock and unwanted textiles. We work towards a target of zero waste, and currently less than 1% of what we collect through our clothing collection initiatives are sent to landfill, while the other 99% is reused or recycled”.

The photo below was given to us by The Salvation Army showing the unloading of donations at their Winchester depot. 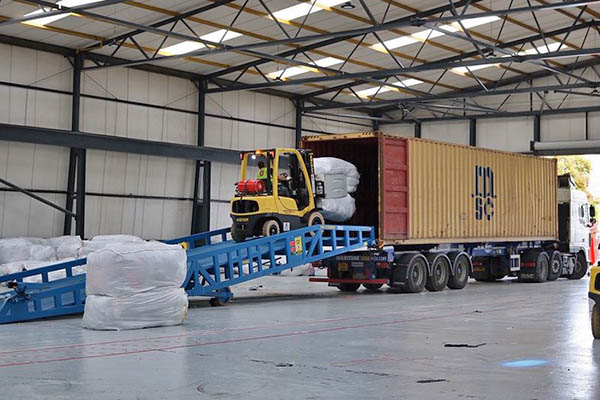