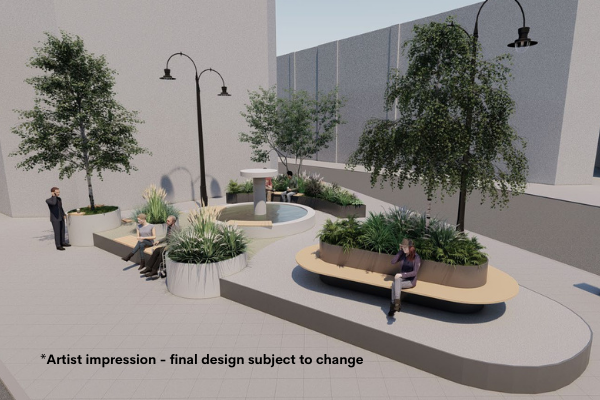 Clarence Fountain transformation will offer an attractive, green space in the heart of the town centre

Work to create a newly designed ‘pocket park’, in the centre of Cheltenham, will begin in the new year.

Sub–categories of Parking, travel and streets